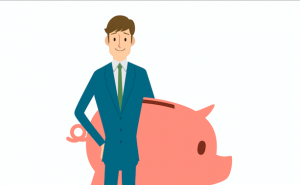 Remember long-arm statutes? They always struck me as the part of Civil Procedure — which in my mind is a very detail-oriented subset of Con Law — that really tested the limits of state sovereignty, their own and others. After the overturn of Roe, there has been a worry that states could pass long-arm statutes that would have chilling effects on the crossing of state borders for healthcare access.

With Roe overturned, within a few years, anti-choice states will pass “long arm” criminal statutes that make it illegal for doctors in other states to perform abortions on women who come to them from their state. A legal absurdity, but not moreso than the Texas law.

Unexpected ground has been set for the practical implications of these long-reaching statutes. Because of pigs. No, I’m not referring to cops in a rude way — actual pig law is getting at the heart of the degree to which the Constitution allows states to meddle in each other’s business — that includes holsters and organs by proxy.

Although it deals primarily with pigs, the California case that had oral arguments before the U.S. Supreme Court on Tuesday could potentially result in a decision as far-reaching as those striking down federal abortion protections and expanding gun rights.

At issue is Proposition 12, the ballot measure California voters approved in 2018 requiring bigger cages for certain farm animals, including breeding pigs, veal calves and egg-laying hens. Pork producers sued, arguing that since 99% of the pork consumed in the Golden State comes from outside its borders, California was essentially imposing its laws on other states in violation of the U.S. Constitution…Both conservative and liberal justices on the nation’s highest court seemed skeptical of California’s law on Tuesday, even as they expressed concerns about the implications of striking it down.

The Justices get the double bind they are in — they’d be establishing new jurisprudential groundwork whether they uphold or overrule the Californian meddling. On one hand, Justice Barrett doesn’t appear to see a bright line between a law like this and a law that would require all companies selling pork to California to have specific vaccine protocols or funding for gender-affirming surgeries in place. On the other, she also sees that it is difficult to separate this type of law from others already on the books. Justice Kagan points to the example of a New York law that requires firewood to be sprayed with a specific pesticide before it can be imported to the state.

Given that pen sizes for pigs and preventing invasive species aren’t facially in the Constitution, the Justices may be in for a tough time when it comes to delineating exactly what the police powers of states and the Commerce Clause allow or require. In oral argument, counsel against the law pointed out that it negatively impacts about 65,000 sow farms in Iowa. Justice Sotomayor pointed to data suggesting that proving pigs with larger pens would have legitimate health benefits by reducing the likelihood of cross-species disease transfer.

Cruelty issues aside, pig farms as they exist are bad for the environment & have a long documented negative impact on the health of surrounding areas.

It isn’t too hard to imagine the volley of spite legislation that would pop up as new laws get modeled off the pork requirements.

There is no clear answer yet, but you should expect that Con Law book publishers will use this case as a justification for why 1Ls need to buy the new edition that just happens to cost $200 more than last year’s.

Pigs Can’t Fly, But They Can Produce Tough Legal Questions At The Supreme Court [NPR]