Profits at many of the largest international law firms are shrinking rapidly because of an increase in costs and a decline in the number of mergers and acquisitions and public offerings, leading some to scale back hiring as they prepare for a deep global recession.

Research from the Thomson Reuters Institute, which tracks internal data from more than 160 US-based firms, found demand for M&A work fell almost 14 per cent in the three months to the end of September when compared with the same period in 2021.

While the overall number of billable hours declined less than 1 per cent in the quarter, payroll expenses soared almost 11 per cent and overheads by almost 13 per cent, the institute found.

The key measure of profitability in the institute’s quarterly index remained at the lowest level since tracking began in 2006.

This trend would “potentially place firms under immense pressure to bring expenses under control by cutting headcount, much the same as in [the financial crisis of] 2008-09”, analysts at the data company warned on Monday.

Preliminary data from the US Bureau of Labor Statistics showed the legal sector in the country lost more than 13,000 jobs in August and September, with a small rebound in October when almost 3,500 jobs were added compared to the previous month.

Hundreds of job vacancies in the US legal sector were also withdrawn last month, according to analytics provider Leopard Solutions, marking the first signs of a potential slowdown, even as the number of open positions remains higher than pre-coronavirus pandemic levels.

Separately, Silicon Valley-based Gunderson Dettmer, known for its work in helping companies go public, postponed the start date for its associates from the end of October to mid-January. The move was first reported by news site Above the Law.

The mounting evidence for a looming downturn comes after a period of frenzied hiring at global law firms, which last year rushed to recruit staff in order to keep pace with soaring demand from clients triggered during the pandemic, and then extended when stimulus measures in the US and elsewhere led to a boom in equity markets and record dealmaking.

As recently as January, London-based law firms were struggling to fill vacancies, triggering a sharp rise in salaries and bonuses, including “retention” bonuses paid to lawyers threatening to leave for rival firms.

A survey of 1,815 lawyers conducted by legal recruiters Major, Lindsey & Africa found that pay for partners in the US had increased 15 per cent since the height of the pandemic in 2020, and was averaging $1.12mn as of this summer.

Despite indications of a slowdown, one private equity partner at a “magic circle” law firm in London said it was still hiring, and planned for the long term, rather than short-term fluctuations. He acknowledged, however, that parts of the market were quiet.

“A lot of us were talking a good game about technology investments and tech M&A last year — that’s slowed down . . . IPOs have also quietened,” he said. 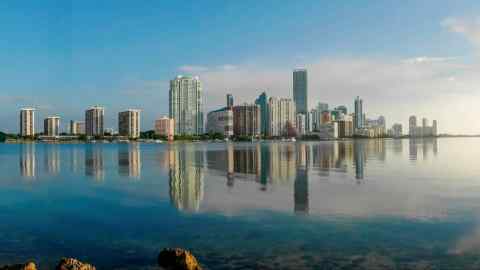 Another private equity partner at the same firm said: “Large leveraged buyouts for sure [are slower] as a result of the debt markets being more challenging” but added “the dry powder is there though, so deals will have to be done next year”.

The head of one of the top-10 US law firms by revenue concurred, arguing that while “big-ticket M&A” had slowed down, “there is so much money still in the system”.

While the largest firms have seen the biggest decrease in demand, at almost 3 per cent, midsize US firms have actually had a small increase in business over the last quarter, according to the Thomson Reuters analysis.